Meeting was called to order at 7:30 p.m. with the pledge to the flag.  Members Bob Cook, Stacy Phillips, Eleanor Kilmer, Bob Steele and James Satchel were present.

Minutes from the November 2, 2015 were motioned for approval with the following correction made:  It is not Shay Lake Rd. that was asphalted but roads in the Shay Lake area, motion for approval made by Steele, seconded by Kilmer.   Motion carried with 5 yes.

Bob had commented that Rod Merten’s camera was running and in the appropriate position and James Satchel had his phone recording as well.

Rod Merten commented about the blight property list that he had given to Bob and he wanted to know why Bob had not taken care of the properties that where listed.

The board and floor had a very lengthy discussion about the different blight issues.  Finally Bob Hunter had questioned if the Shay Lake Association had ever made an attempt to take care of these blight issues over the years before Bob Cook was on the board.  Bob Hunter then had commented about how well the board works with people in the township by talking to them and trying to help them not threatening them.  He had said that Bob Cook is doing a great job; getting the results that are needed, and resolving the problems unlike the previous board from years ago.

Bob Cook had also commented that he is tired of the unjustly harassment of the board members by particular residents that have been causing many issues.

ZONING ADMINISTRATOR: There were two permits issued one pole barn and a small building.

ASSESSOR:  Joan reported that she would like two items added for possible consideration for the upcoming 2016 fiscal year budget.  She then had explained that to help aid with the record keeping of the township is the GIS system and the printing of new hard cards.  Both of these items she explained would help make things more readily available for herself and any other person that needs the information.  This would be an extra $456.00 a year added to the assessor supplies.  If any resident or board member was interested to know what the GIS system is like she encouraged them to go to the county website and access the GIS tab and follow it from there.

TRUSTEE:  James Satchel wanted to know if we were going to try for the millage again in 2016.  He also wanted to know what roads Bob had repaired in any way in 2015.  Bob had stated that he explained that at the last meeting.  James then asked about the culvert at Gilford Rd. again and wanted to know what was going on.  Bob responded that Jay Tuckey looked at it and will start working on it when the county schedule allows.

Eleanor then had wanted to let the board know that her printer quit working and wanted to get permission to purchase a new one.  It was then motioned by Steele to buy her a new printer seconded by Kilmer.  Motion carried with 5 yes.

Stacy then had mentioned the BOR training and wanted to know how many were attending.  Bob had stated that there would be 4 members going.

NEW BUSINESS:  Stacy presented the board with her letter of resignation to take effect as of the 11th of December.  After lengthy remarks from James Satchel it was motioned by Steele to accept her resignation, seconded by Kilmer.  Motion carried with 4 yes and 1 no Cook.

At this time Bob had read a letter that was received “Certified “from the US Justice Systems in regards to the township offices (which would be the board members homes) is not ADA accessible.  The letter also read that the township had a certain amount of time to respond to the complaint.  Bob had stated that with this issue at hand the township will now have to spend extra money in attorney fees versus repairing roads.  (see attached letter)

Finally there was a motion for adjournment at 9:00 p.m. 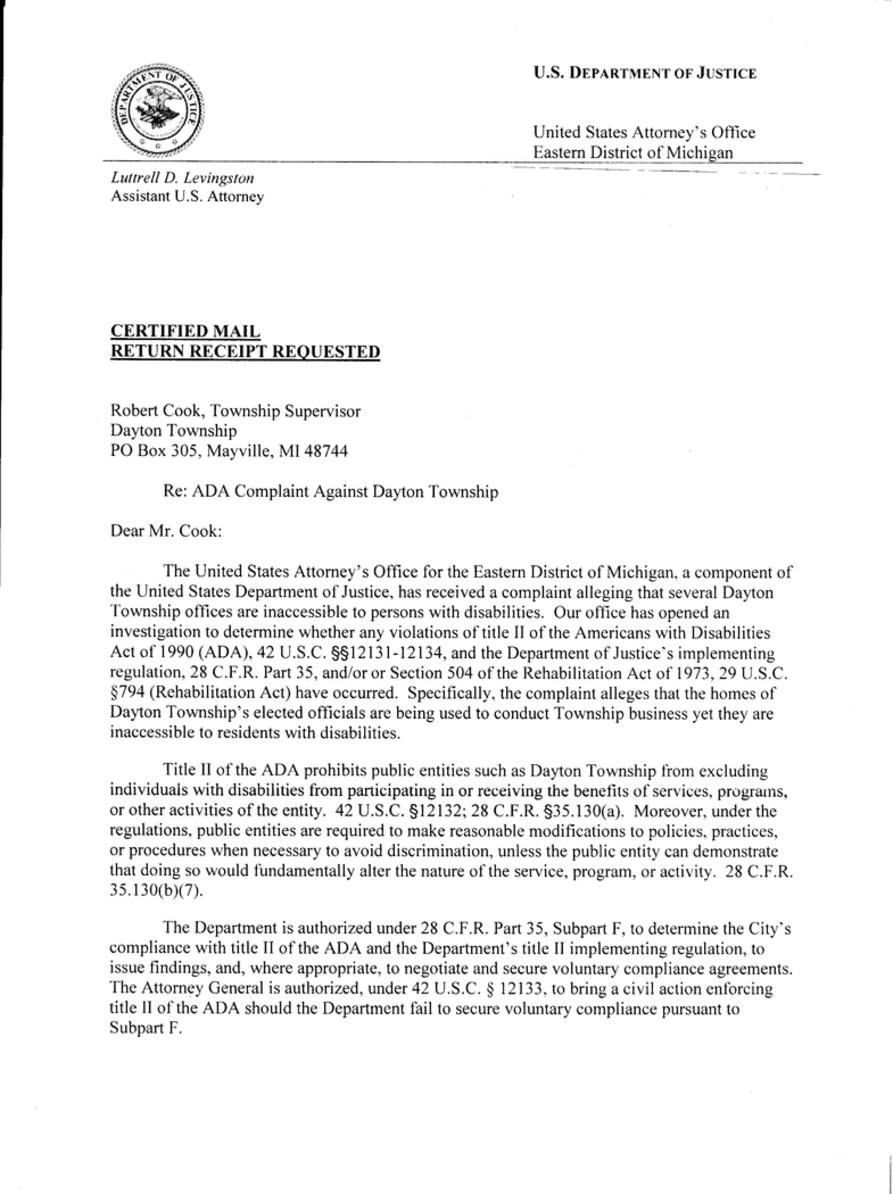 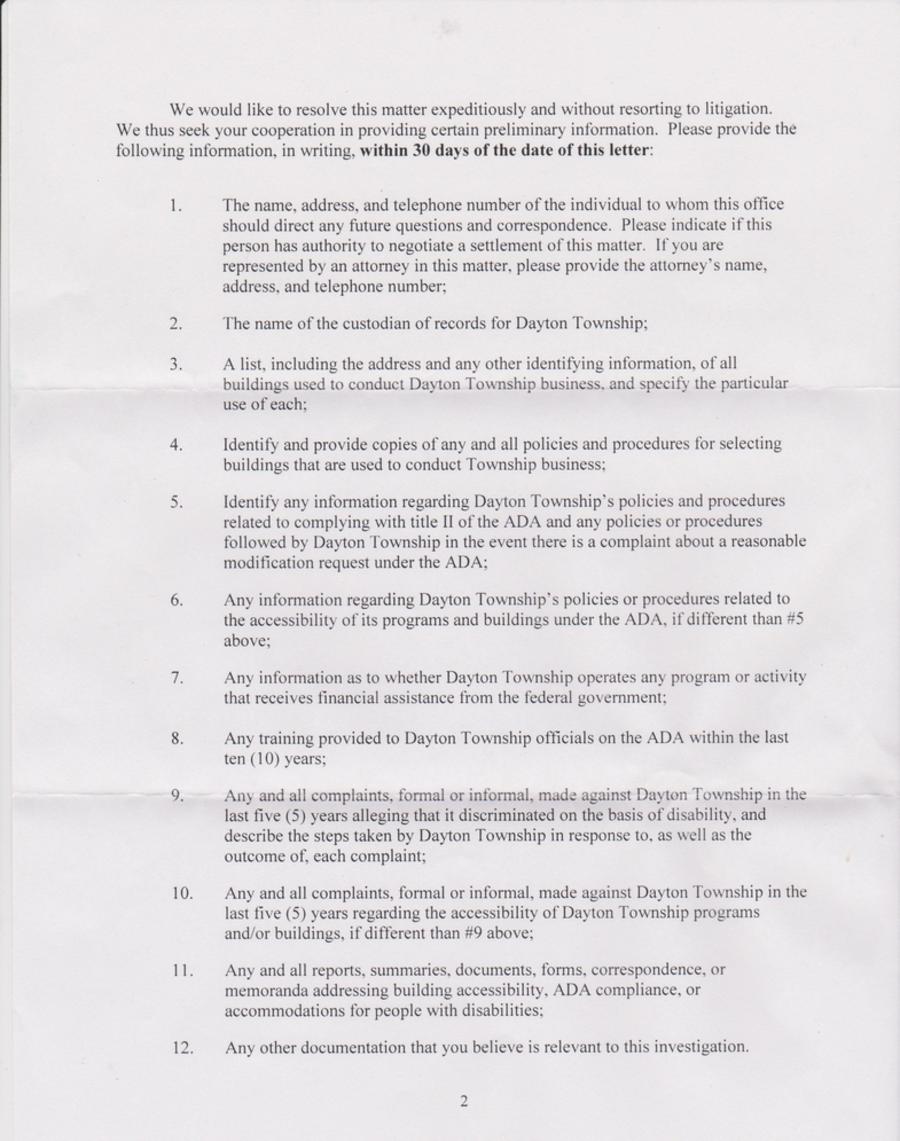